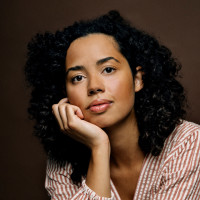 A superbly well-written debut novel, about finding yourself and the right person to love.

A superbly well-written debut novel, about finding yourself and the right person to love.

Nominated for the Nordic Literature Prize in 2022 and shortlisted for the Danish Cultural Ministry's Children's Book Author award 2021, bright young star, Zakiya Ajmi, has written an evocative tween novel about Anna, who is trying to start afresh with her mum, after her parents have had a violent break-up. They have spent some time at a crisis center, but have now got a flat of their own in another city.

The novel is a love story, but as Anna has experienced in her short life, love between people can be expressed very differently. The love between her parents developed into something scary. For Chili, Anna’s new friend at school, the love she feels for her boyfriend, Oscar, overshadows everything. But is it reciprocated? For Anna, her meeting with Idris becomes very special, but it is hard for her to find her way on the path to love, when she keeps getting entangled in other people’s relationships. Anna wants to start afresh, but it can be hard to start chapter two, when chapter one in some way never ends.

Here is what the Nordic Literature Council wrote about the book:

Volcano is a youth novel that explodes in many ways. Not only in the language, but also in its original structure which changes the traditional chronology by beginning and ending the book with Chapter Two. It is a rootless and insistent tale about place and displacement - told in its very own way. Dialogues, text messages and perplexed thoughts are mixed in an original composition, where not only what happens inside oneself, but also inside the middle of the earth, has its significance for the the characters in the book. Everything in the novel is about to explode.

Volcano is a social-realistic YA novel, narrated in a raw, poetic and whimsical way. A story about tripping and getting back up on your feet. There are hints at the traditional Bildungsroman in its classic structure here, with a close look at the feeling of belonging, Anna is homeless, a kind of nomad in her own life, and restlessness is a driving force both positively and negatively. Zakiya Ajmi has a rare and honest identification with a credible narrator that fortunately never becomes neither moralising or didactic. It is said that you learn from your mistakes, but what you perhaps learn most of all in this novel is to say sorry - and mean it.

The YA novel, VOLCANO, is most certainly a volcano. You are in every possible way branded by the energy in every single sentence and the particular vulnerability of the words that creeps in and stays with you. Zakiya Ajmi is a writer who wants to achieve something with her narrative. She wants to shake the old world so we can have a new one, in which we are able to talk about all the things we usually omit to discuss.

Part of Books from Denmark, Autumn 2021 (chosen by the Danish Arts Foundation).

"As an avid reader, it is a pleasure to glide through so many good sentences and funny imagery (..) a wild and original youth tale about life after a crisis center (…) a glowing portrait of young bewilderment and will (…) This is a book that wants to do a lot, and succeeds" – (5 hearts in Politiken)

"…an in turn well written and captivating youth novel about violence and boundary setting, but also about budding love and about finding oneself (…) there is a lot to take away and reflect yourself in for readers from approximately 13 and up " – (The Learning Centre)

"Zakiya Ajmi displays awareness of the genre tradition by more or less directly referring to international youth literature’s work of initiation, J.D. Salinger’s THE CATCHER IN THE RYE (1951). Like Salinger, Ajmi thematises a young person’s experience of meaninglessness and depression with flight and denial as consequence, but the context is of course another one and the problems as well as the solutions are different. The old societal institutions such as school and authorities are with Ajmi not perceived as conservative enemies for a young and anti-authoritarian generation. The biggest threat comes from the young people’s own family background, and the welfare state is seen as a help in the fight against those neglects the young people have experienced." – (Weekendavisen.)

"One of this year’s strongest YA novels, which caringly portrays Anna’s at once challenging as well as magical youth with a violent dad and the first big love. Her language is glowing and the characters breathe. Here is a young authorship of high calibre; no wonder the Art Foundation has just chosen Zakiya Ajmi as a part of “the Young Cultural Elite”" – (Politiken )

"Vulkan is a tight and accessible YA novel with a good drive through-out. The plot is genuinely engaging, moving and exciting, and the characters are credible and nuanced. We look very much forward to bringing it to a Norwegian audience next year." – Elen Betanzo (Acquisitions editor at Samlaget, Norway) 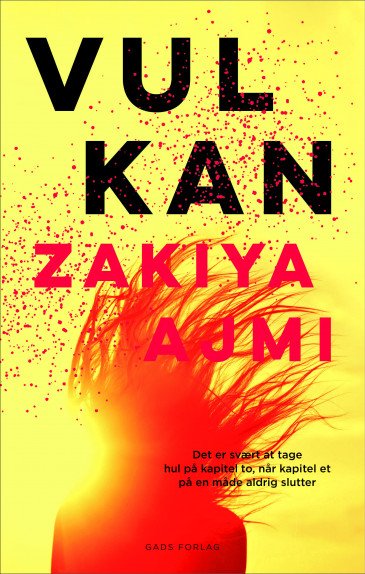